MAZA is pleased to share the results of the independent evaluation of our work in Bunkpurugu-Yunyoo District (BYD), Northern Region, our second district of operation. The School of Allied Health Sciences at the University for Development Studies, Tamale, conducted this study with funding from the USAID Systems for Health Project. The baseline survey was completed in March 2017, a month before MAZA was launched in the district while the endline survey followed a year later. The evaluation was both quantitative and qualitative. The researchers assessed the effects MAZA had had on health care seeking behaviors in pregnancy and infancy as well as on the economic lives of MAZA drivers and traders and farmers in the communities we serve. Find below a brief summary of key results:

Figure 1: Changes in delivery location between baseline and endline surveys. 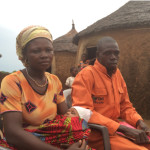