MAZA just completed its first quarter of operations and we are pleased to share our progress to date. Since we launched on December 17, 2015 in Chereponi District in the Northern Region of Ghana we have been working hard to ensure that our responses to phone calls for urgent health care transportation are timely and that we are subscribing as many pregnant women as possible. We certainly have a lot to celebrate. Yet, we still have a long way to go to reach optimal services.

As of March 31, 2016, MAZA drivers had made 34 urgent health care transportation rides in which they enabled a total of 35 people to access hospital care in a timely manner. The most frequent destination was the Chereponi District Hospital but there were a few instances of people choosing to go to hospitals in neighboring districts based on proximity or preference. Women in labour constituted 40% of the cases while an additional 6% were for women bleeding after delivering at home. Illness during the first month after birth for mother and baby constituted approximately 6% and 9% respectively. The remaining cases were for illnesses in the general population, the most common of which were accidents at 11% as illustrated in the pie chart below. 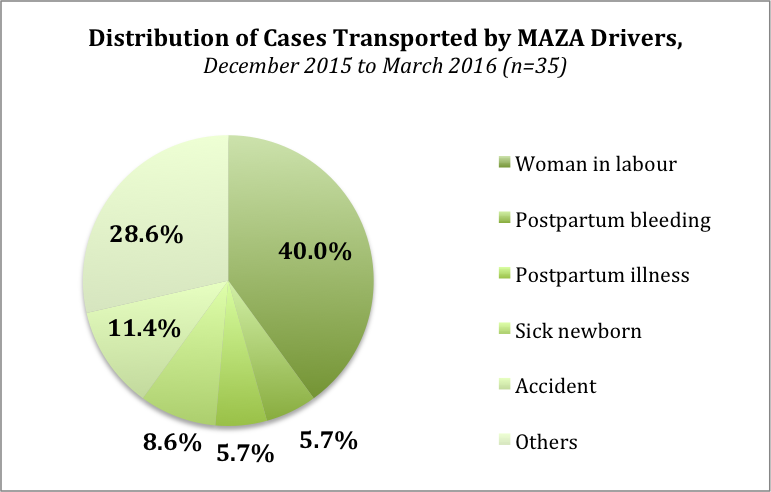 About two-thirds of the calls for urgent health care transportation went directly to the driver while one quarter went to our toll-free dispatch line. The latter began in late January after we had completed our first round of subscriptions. Thus, we are optimistic that the toll-free line will be used more frequently as we increase subscriptions over time. A summary of our urgent transportation rides by month is provided below. 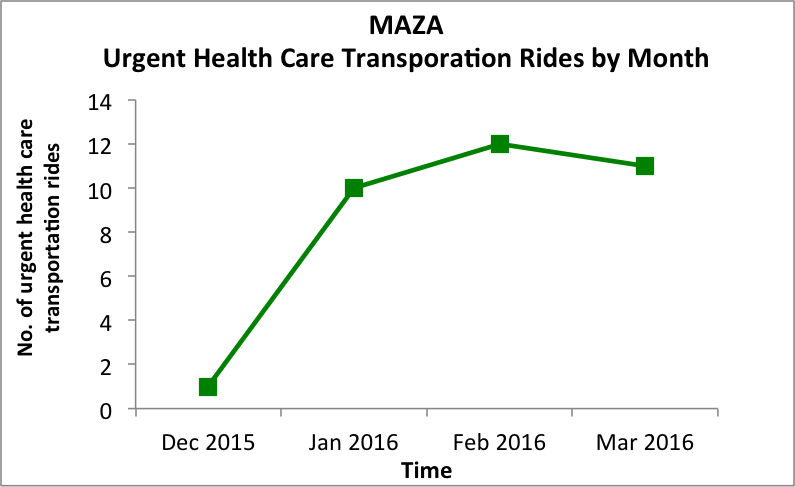 During the first quarter of 2016, we subscribed 404 pregnant women to MAZA’s service. About three quarters of them were in their third trimester of pregnancy while 20% were in their second trimester. This distribution was by design since we wanted to focus on those who were most likely to need our service in the near future so we could learn quickly about which parts of our operational model are working well and which need changing. We also selected women who had attended antenatal clinic at least three times by the beginning of the third trimester as they are more likely to seek skilled health care during labour and delivery.

While visiting subscribers’ homes in March we learned that MAZA drivers and vehicles have become so well-known that our name has been appropriated into one of the local languages. We received blank stares when we introduced ourselves as MAZA to a young man who had been asked to serve as a translator for us. Once his friend explained to him that we were the people behind “nde nde” his face broke into a big smile and he welcomed us profusely. Confused, we asked what “nde nde” was and we were told it was the local translation of “maza maza”, which means quickly in Hausa, the international language of West Africa. 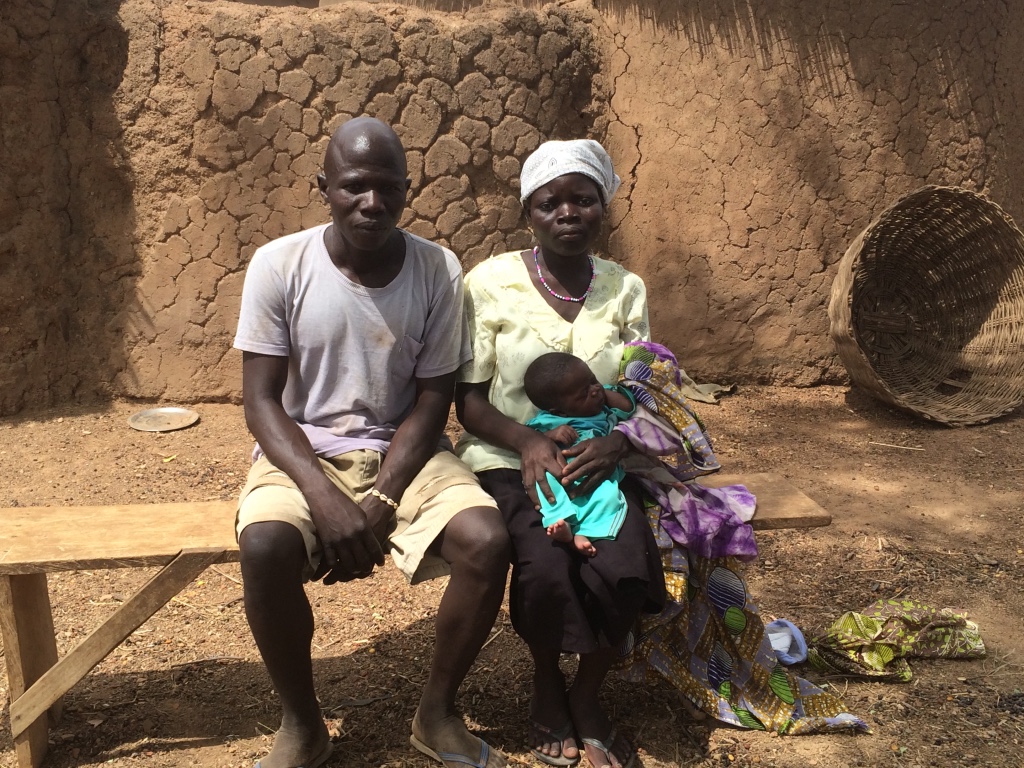 Since November 2015, we have raised more than US $33,000 through our online donation platform. Majority of those donations were made in December 2015. The average donation was US $978 while the minimum and maximum were US $25 and US $25,000 respectively. We are extremely grateful to all our generous donors for enabling us to invest substantially in monitoring, learning and improvement so we can optimize our model as quickly as possible for greater impact.

For the second quarter of 2016 we are raising more funds so we can: procure five more tricycles to increase our coverage and response times to urgent transportation calls; install vehicle tracking devices to enable better monitoring of our drivers’ behaviors; and develop a mobile application that integrates our toll-free mobile phone dispatch service with our drivers’ duty call schedule, and our subscribers’ details. Please consider supporting our fundraising campaign by donating at: http://www.mazatransport.org/donate-options/.

The author is the Founder and CEO of MAZA. She can be reached at ntwumdanso@mazatransport.org.

Nana A. Y. Twum-Danso is the founder and CEO of MAZA.